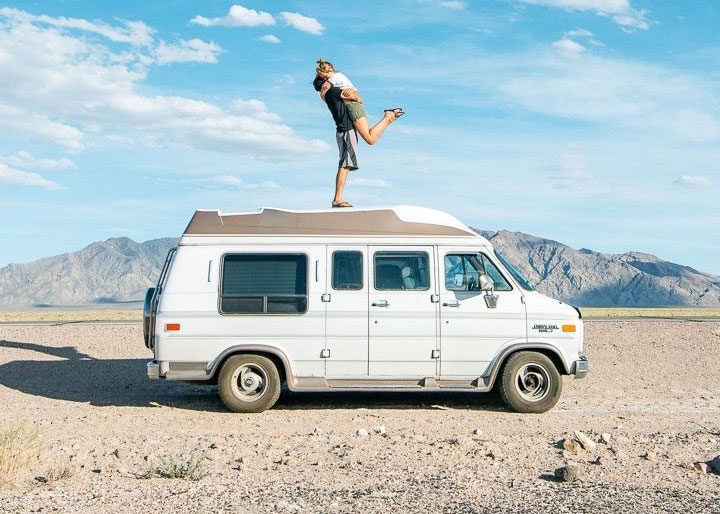 Being a Dutch woman in Ireland comes with some quirks. Being 6 foot tall makes me literally stand out and at times I do feel very tall in Ireland. Also, having a Canadian accent (or so I am told) throws people off. I never realized I have a Canadian accent myself and I really don’t know where it comes from. I have never spent time in Canada, except for a three day visit to Vancouver a few years ago. I guess having studied English and adopted some Irish-sounding (whatever that means!) twang here and there resulted in my particular accent.

Moving country is an exhilarating but also a challenging experience. You literally pack up and go, leaving everything and everyone you know and love behind. The road can be rocky at times, even when you speak the language well enough and you can (in most cases) perfectly understand everyone around you. You have to find your feet again and start from scratch. I was used to travelling, used to meeting new people, used to spending time away from home. But I had never moved country for an indefinite period of time. Until January 2016.

I was 37 years old and I had accepted a job in Dublin and was super excited. I had already met Tim (which accidentally happened after I decided to move to Ireland but before I actually moved to Ireland, we’re still waiting for a good script writer to take this to Hollywood…). Having worked in an international (educational) environment for years, I of course knew that cultural differences were bound to make my move even more interesting.

Speaking the language makes a huge, huge difference and I was glad to quickly find my way in and around Thomas Street in Dublin, where I lived and worked. Then Tim showed me Martin’s Life on YouTube. That accent! Deadly! I didn’t realise immediately that it wasn’t a ‘made-up’ accent, just for the craic. It was a real, existing accent (apologies for my ignorance, people from Cork). I was in a pub with Tim and someone started talking to me and I turned around and whispered to Tim ‘oh my God, he sounds like Martin!’ I know…

Anytime you are in a new country, you find out about little peculiarities that you can never anticipate; you only learn about them once you are there. One such thing is getting a car insurance. Having been in possession of a driving license for almost twenty years, you’d think it wouldn’t be a problem. Think again. Apologies to all you Irish out there, I know you know what a nightmare this can be. But indulge me, this is for all the non-Irish people in this world. So trying to get a car insurance when you just moved to Ireland works as follows: no one wants (or can) quote you. Then you go into this interesting process of collecting three letters of insurance companies that tells you they can’t quote you (including date and time of rejection). Then you send these three letters to I forgot which organization, they go back to the first insurer that rejected you and they now HAVE to quote you. They quote you €3,000, which of course is insane. Then your mother-in-law takes you to an office of her car insurer (an insurer that rejected you just a few weeks ago), the guy who is helping us knows her and you walk out with a car insurance of €1,100. I’m not saying this is cheap, but hey, compared to €3,000 it looks pretty good to me. Knowing people helps here…it really does.

One of my friends suggested that if I really wanted to understand the Irish, I should watch yer man, Father Ted. Which I did. It’s very, very funny and I highly recommend it, even if you have never been and are never planning to visit Ireland. But what is also interesting is that my friend was right; you do get a very good sense of Irish society watching Father Ted. My first impression was that it was all a bit dated. Mind, not the humour, but the topics they addressed. Until Tim told me there really was such a thing as the Rose of Tralee (google it!!). Until I saw protest banners on the news that said ‘Careful now’ and ‘Down with that sort of thing’. Watch Father Ted. It will all make sense.

So far, it has been a relatively smooth transition, mostly thanks to Tim and some wonderful friends I have been lucky enough to have met. It is true, the Irish are very welcoming and friendly, they love the old chat. And some of the things I struggle with have nothing to do with living in Ireland; starting new when you’re in your late 30s would have been difficult anywhere, even if I just would have moved to a different city in the Netherlands. But here I am, I took the decision to go and never looked back. Getting to know Ireland will be a life long experience and it will come with ups and downs, as in every relationship.
And sure look it, it’ll all be grand.